Another look at... Planetary Preview

Lots of spoilers here. You might want to read the series before reading this overview.

Planetary launched with an 8 page preview in April 1998. The series concluded in October 2009. It ran for 27 issues.
11 years is a long time to wait for any series to conclude. In this case, I don't mind at all.

The Preview...
Like a good pop song it has a great hook. The Planetary team shows up on a military base that "doesn't exist" to speak with a General about events that "didn't happen". What follows is a new vision of the Hulk mythos. David Paine, a military scientist, was assigned under this General to build bombs. This Paine fellow was building a "quantium box," that was "rotating things out of reality," based on the "experimenter's intent". He called it Integral Design Theory. The bomb is built, a test is set up, the General's wife (smitten with and at that moment looking for Paine) gets herself within the blast radius of the bomb and the heroic David Paine saves her at great cost to himself. Caught in the explosion, Paine "ran an Integral Design Theory equation in his head. And he became something that'd survive the bomb." The Paine monster was captured by the military and his fate stands revealed.

Posted by waxpaint mosaic at 10:59 PM No comments:

Planetary vol. 4 in now out in Hardcover. I feel a review of the whole series is in order. Look for it Sunday. Late. Look for this in fine booksellers everywhere. 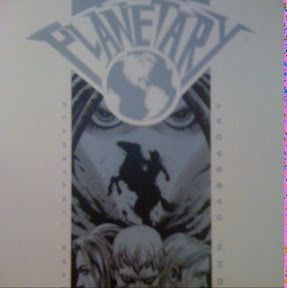 Posted by waxpaint mosaic at 10:33 PM No comments: 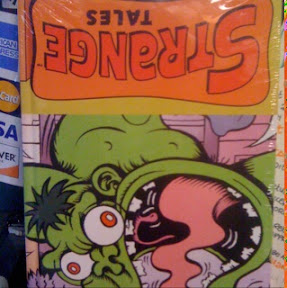 Now out in hardcover. It is strange. It is way fun. If you don't want to pony up for the HC find the floppys.

Posted by waxpaint mosaic at 10:26 PM No comments: 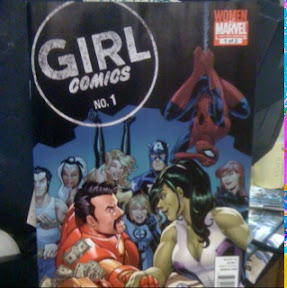 Hate the title, love the book.

Best bit: if you don't know about these great female creators, well now you do. Find other work by these people and give them all of your money.

Posted by waxpaint mosaic at 10:22 PM No comments:

My pal Steve had a chat with David Petersen of "Mouse Guard" fame. Great book, good guy, can't wait for the new minis. Check it out:

Posted by waxpaint mosaic at 9:54 AM No comments:

My Mom and I moved into my Stepfathers house when I was 6. I felt lost. There was nothing to do but get to know my new home. I took on this task quietly and with little notice from my elders. It's not that they didn't pay attention to me, I just didn't know if what I was doing was okay so I didn't mention it. Among the enormous quantity of books in the house I came across a oddity. There were several books about myths legends, gods of old and one book about a new legend, a new god. Superman.

An aside: When I say god, I'm not saying I have some interest in starting the Church of Superman. This isn't about worship, it's about awe.

Cut to the quick: I found a page in this book that spoke to me. This page showed me the power of imagination and the power of storytelling. It set the stage for me. 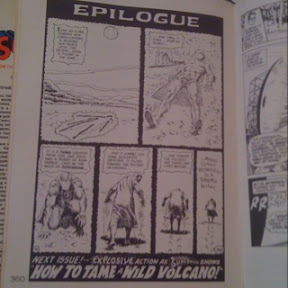 Yeah, it's a Superman clone rising out of the sand for no reason that makes any logical sense. What struk me was the way he walked into the distance. The way he looked over his sholder in the fourth panel was so frightening and intriguing that I have been hooked into storytelling through images ever since.

Posted by waxpaint mosaic at 1:22 PM No comments: